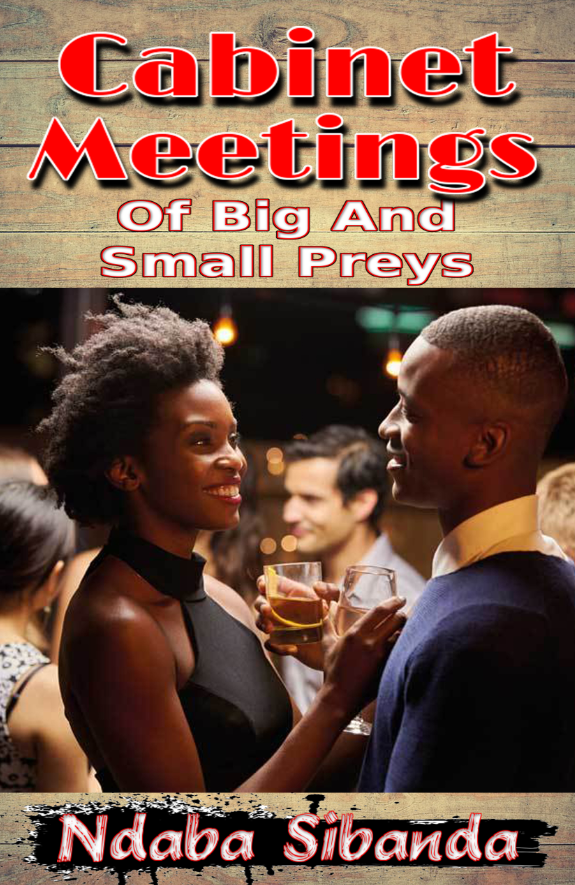 Sibanda is the author of Cabinet Meetings, The Immigrant With A Difference, Notes, Themes, Things And Other Things, The Gushungo Way, Sleeping Rivers, Love O’clock, The Dead Must Be Sobbing, Football of Fools, Cutting-edge Cache, Of the Saliva and the Tongue, When Inspiration Sings In Silence, The Way Forward, As If They Minded: The Loudness Of Whispers, This Cannot Be Happening: Speaking Truth To Power, The Dangers Of Child Marriages: Billions Of Dollars Lost In Earnings And Human Capital, The Ndaba Jamela and Collections and Poetry Pharmacy. His work is featured in The Anthology House, in The New Shoots Anthology, and in The Van Gogh Anthology, and A Worldwide Anthology of One Hundred Poetic Intersections. Some of Ndaba's works are found or forthcoming in  Page & Spine, Peeking Cat, Piker Press, SCARLET LEAF REVIEW, Universidad Complutense de Madrid, the Pangolin Review, Kalahari Review, Botsotso, The Ofi Press Magazine, Hawaii Pacific Review, Deltona Howl, The song is, Indian Review, Eunoia Review, JONAH magazine, Saraba Magazine, Poetry Potion, Saraba Magazine, The Borfski Press, Snippets, East Coast Literary Review, Random Poem Tree, festival-of-language and Whispering Prairie Press.

if ever there was a beautiful

brook, then she is the one

she is a brook whose waters

are destined to deal once

and for all with Bulawayo's

our royal city has a capacity

and Busisiwe is one of them

a philanthropist whose work

speaks a lot about her love

for humanity and the city

what lurks within her soul

is not a malady but a melody

exemplary is her track record:

a sleaze-buster, a bold builder

of homes, hopes and horizons

her song is a doer and a dancer

hers is a song that plays & floats

within the depth of her heart

it inspires, stirs, and galvanizes

hearers to become nothing

else but heirs and heiresses,

what dances within her heart

are the metaphors and mirrors

of souls whose lives & dreams

and destinies have been touched

her name solely means The Blessed One

a selfless beauty, she is a blessing to the city

a superwoman, she is human, solid & afloat

for Bulawayo's blues to be overcome, ownership

has to be reclaimed, concerted efforts applied

as far as Busisiwe is concerned, sleaze has no home

in the city if residents want it to be magnificent again

I had shrunk in the noises of a slighting silence,

However, when the King of Mthwakazi appeared,

like a shower, and I started to feel home and honored;

He also pointed at a cute clock and an array of chiefs.

educators and motivators. There was a galaxy of

I saw icons and great thinkers. What remarkable talents!

There was a throng of human rightists, a bench of

uncaptured judges, a flock of religious folks and culturists.

There was a diaspora of people who worked and lived

New Zealand and several different parts of the world.

There was a regiment of activists, there was a swarm

of feminists and legislators. There was a troop of soldiers

and there a wave of police officers. There was a huddle

of elderly women and men, and a busload of singers and

dancers. Indeed, there was a lovely troupe of entertainers.

There was a band of musicians that belted out divine music.

keenly watching the proceedings virtually, waving at us.

On Zoom, I saw the new Mayor of Bulawayo, she was waving

at me with her assemblage of excited, charismatic councilors.

and famous playwrights. The King was moving around with me,

with his entourage of advisors and security personnel, and a legion

of diplomats and officials from neighboring countries. I caught sight

of a nexus of my family members and relatives. I was speechless.

or short skirts made of grass or beaded cotton strings, necklaces,

yet men wore animal skins and feathers, clusters of a cow's tail

on the upper arm and underneath the knee, rubber batata sandals.

“There’s a mass of people from all walks of life, there’s a multitude.

This is a momentous occasion.  All these people have gathered here

to honor you. Yes, you,” emphasized the King who wore ostrich feathers,

a leopard skin, a front apron and a rear apron or ibhetshu. He talked

about the restoration of values and dignity. I was stunned and confused.

The cheerful, revered and good-looking King took me on a tour

along Nkululeko road until we marched into an august building.

“This is our parliament”, said the King as I admired the scent

emanating from an entrance draped in a variety of  superb trees

and flowers. What a parliamentary chamber, what a monument.

I marveled at its design. The architecture had a traditional touch

aluminum panels. Its interiors were simple, yet colorful, delightful

and powerful. The circular space adorned with the statues of King

Mzilikazi and King Mambo, signified the history of a new nation.

The King continued,” Piker Press calls you a Prophet of Liberation. Do you have a pen

name? Do you sometimes publish under a different name?” I responded promptly,

“Bhija Jamela. I inherited that name from my grandpa. ” He smiled, “Great. We‘re

gathered here to appoint you as an officer of the royal household. As the Poet Laureate

of Mthwakazi, you’ll promote the reading and writing of poetry nationally”. What a vision!

I placed your precious pot

on the hot plate promptly

I pronounce my presence

it's private, it's personal

I placed your precious pot

on the hot plate promptly

pitch away poor or prized pots

and pen poems on priorities

when your food finally cooks well

celebrate and accept my stunned joys

but if it burns into glowing embers,

please probe your pot and never ever 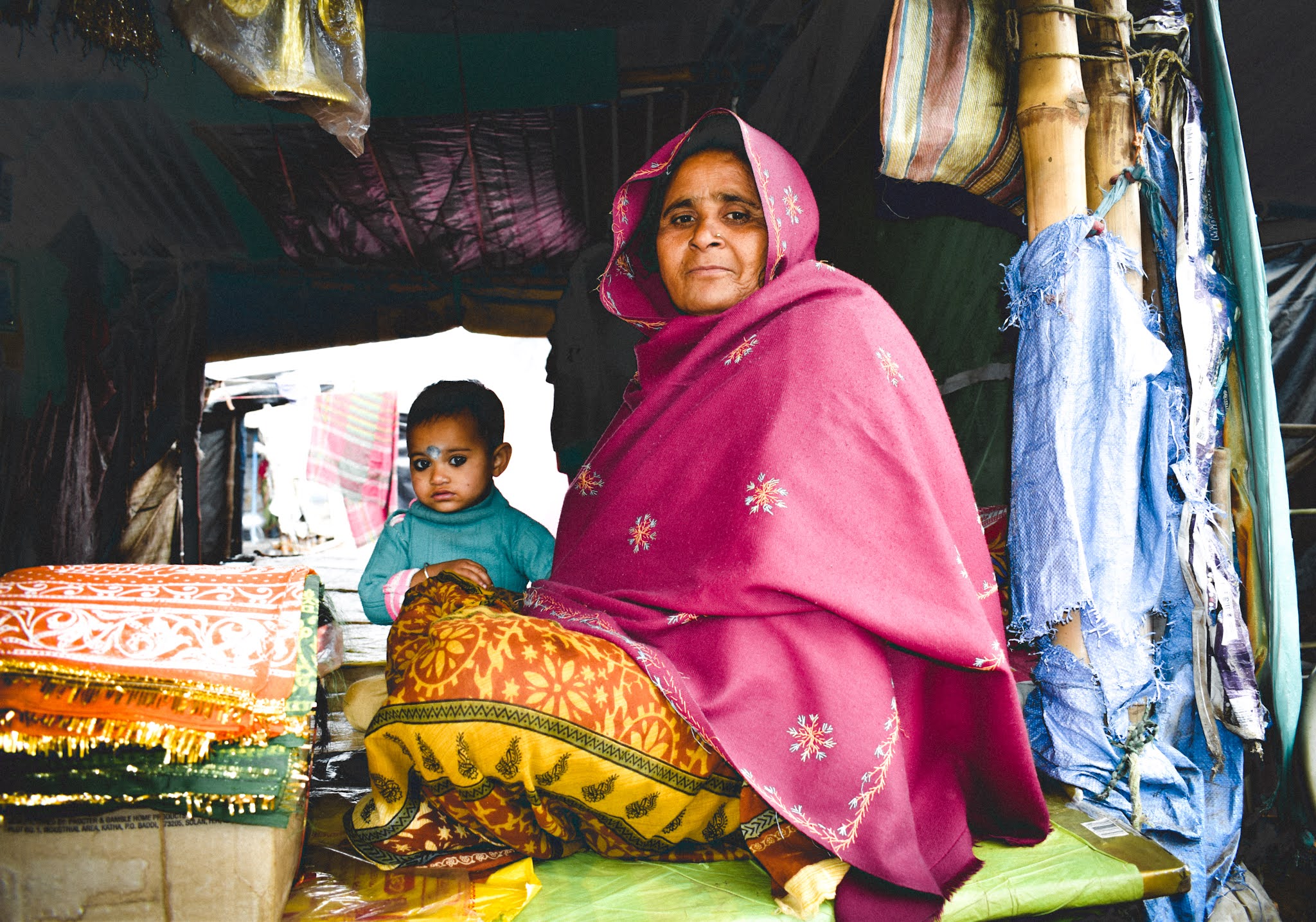 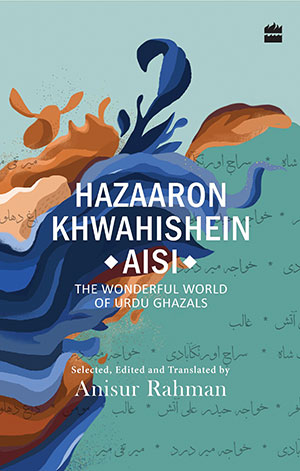 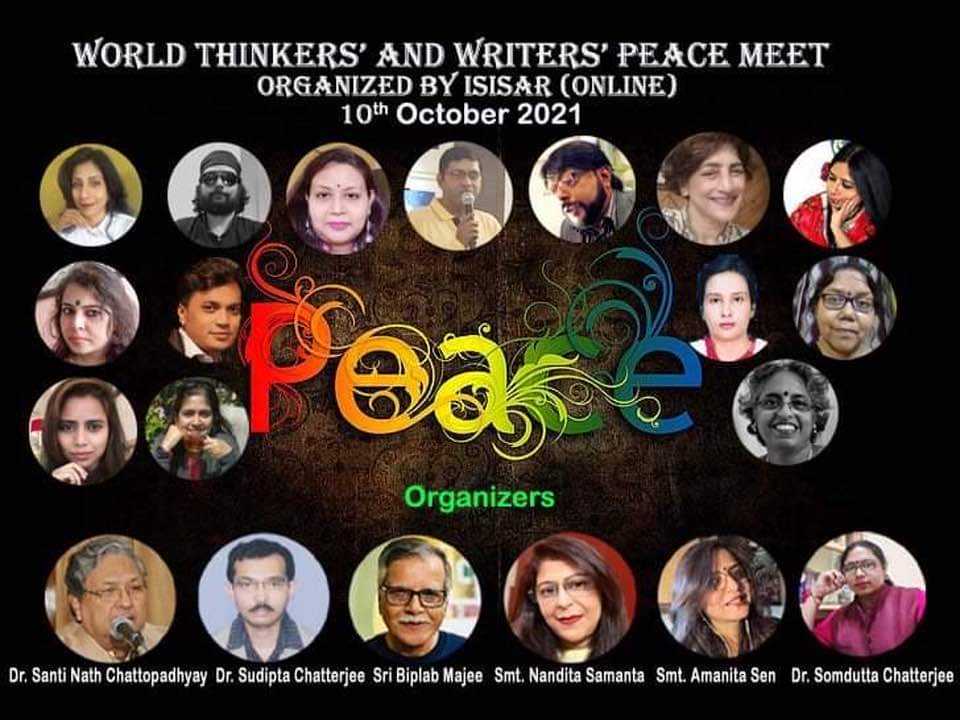 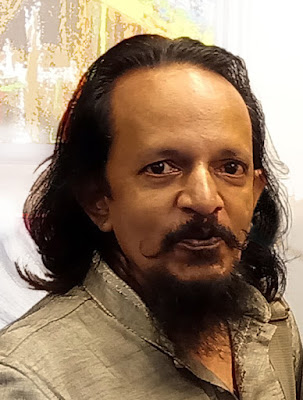 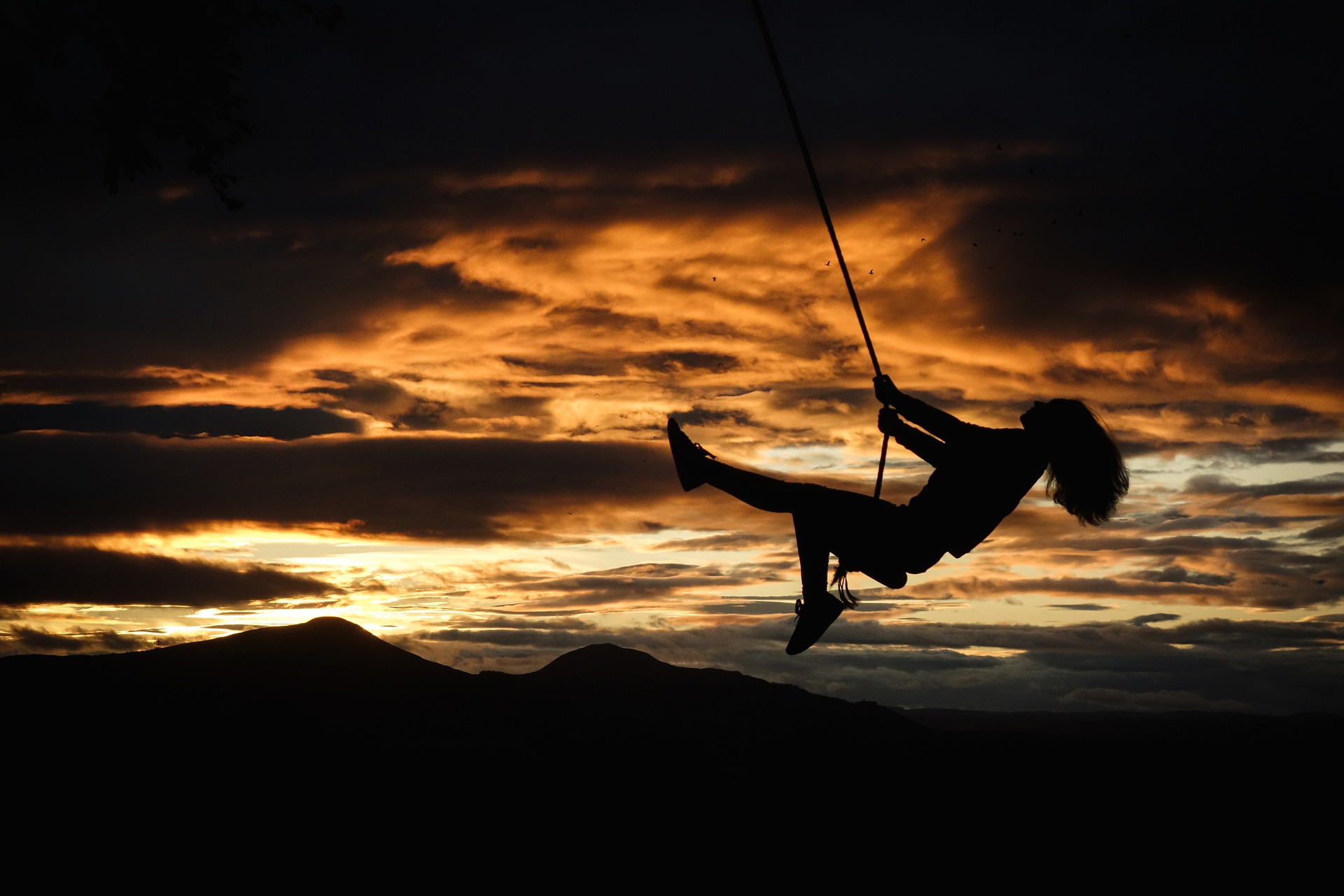 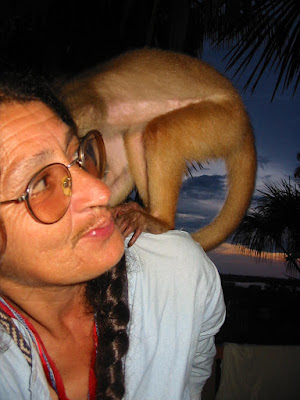 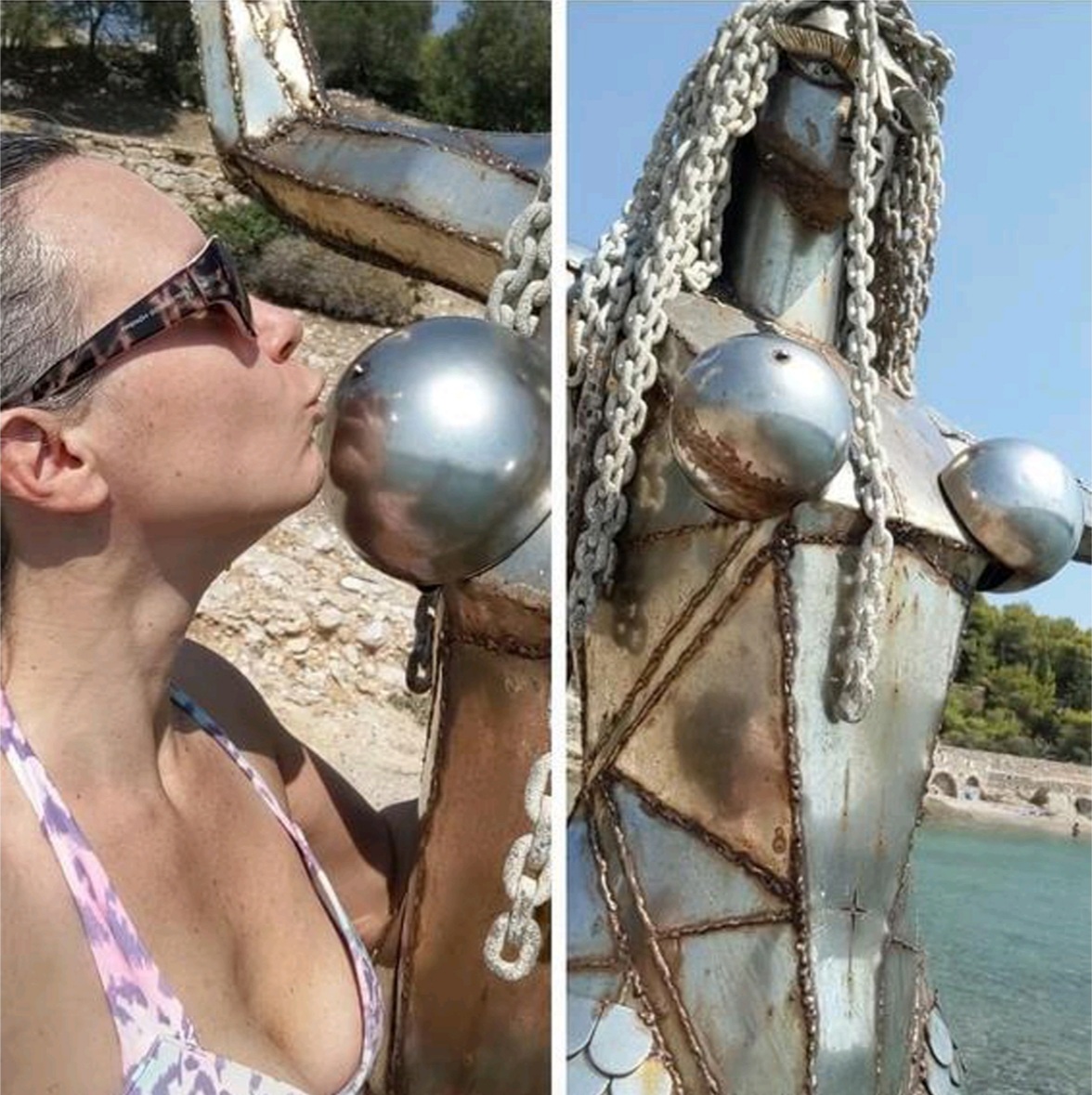